A Blockbuster Flight: Immfly Boards the Joker on Iberia Express

Immfly and Iberia Express, within days of the biggest event in Hollywood, the Oscars, today screened Joker in a special event on board flight I2 3730 flying between Madrid and Copenhgen. The onboard event, which featured the film that secured the most Academy Award nominations this year in addition to the Oscar for Best Actor and Best Soundtrack, marked the introduction of Warner Bros content on board Iberia Express’ IFE platform, Club Express Onboard.

The wireless inflight entertainment platform provided by Immfly, enables passengers on all Iberia Express flights to enjoy a wide variety of content for free. From blockbusters, featuring stars such as Bradley Cooper and Lady Gaga in A Star is Born, to superheroes such as Aquaman, and wizards such as Harry Potter, the rich cinematic portfolio is complemented with popular tv series and a broad range of other content which includes games, press and magazines, destination guides and more.

Passengers who found themselves on the special celebratory flight today, were surprised with free popcorn, earphones and mobile device holders to enhance their IFE experience. Immfly has progressively enhanced the Iberia Express IFE service since it first launched the pioneering service in 2014, helping the airline further boost its Net Promoter Score. Practically 50% of the passengers which access Club Express Onboard, the digital services and entertainment platform Immfly provides on Iberia Express, do so to consume entertainment content. Over a third of the users, 37%, enjoy movies, 18% opt for TV shows and 13% for digital press and magazines.

Paloma Cabañas, Head of Customer Experience and Inflight Services at Iberia Express notes Thanks to this new agreement, our passengers can enjoy the best entertainment onboard. A new catalogue of movies will be refreshed regularly and can be accessed for free in three languages: Spanish, English and French. One of our ongoing main objectives is to provide a differentiated experience to our customers. Onboard entertainment is a key component of our value proposition, as demonstrated in the perception our passengers shared in recent satisfaction surveys.

Iberia Express is the low cost airline subsidiary of Iberia and a oneworld member. The airline operates both short and medium-haul routes to feed Iberia's long-haul network and to efficiently compete in the low cost airline segment. With a fleet of 23 aircraft, the company serves more than 40 national and international destinations. It is one of the few carriers in the world in its class to offer a business class service onboard all of its aircraft. In 2019, the company was recognised for the sixth time in a row, as Europe’s most punctual low cost airline, according to the Cirium reports produced for FlightStats. 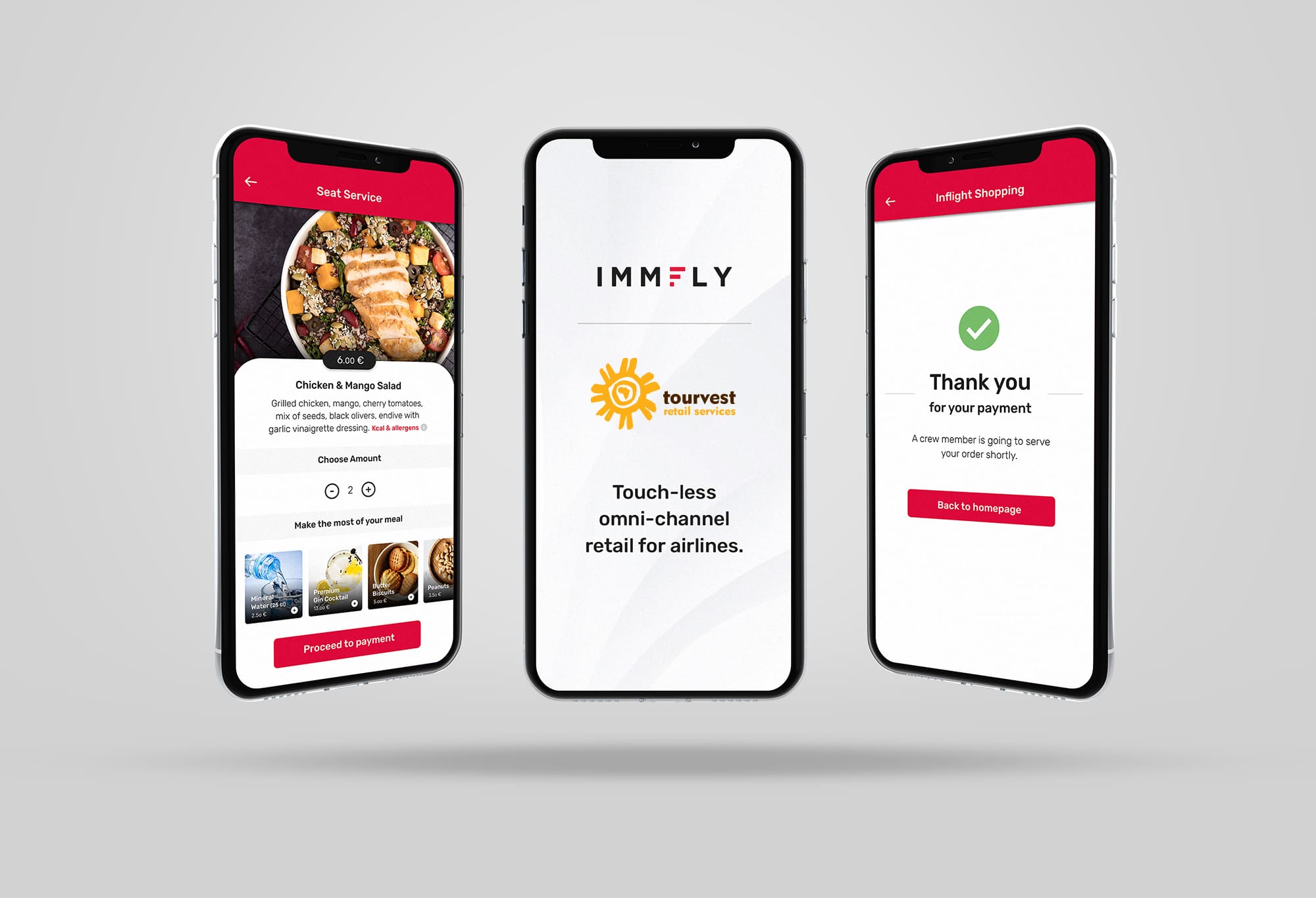 Immfly, the award-winning provider of connected Cabin Digital Services and a Boeing Horizon-X invested company, is proud to announce its collaboration with Tourvest Retail Services (Tourvest), a leader in the provision of travel retail sector products, services and technologies. 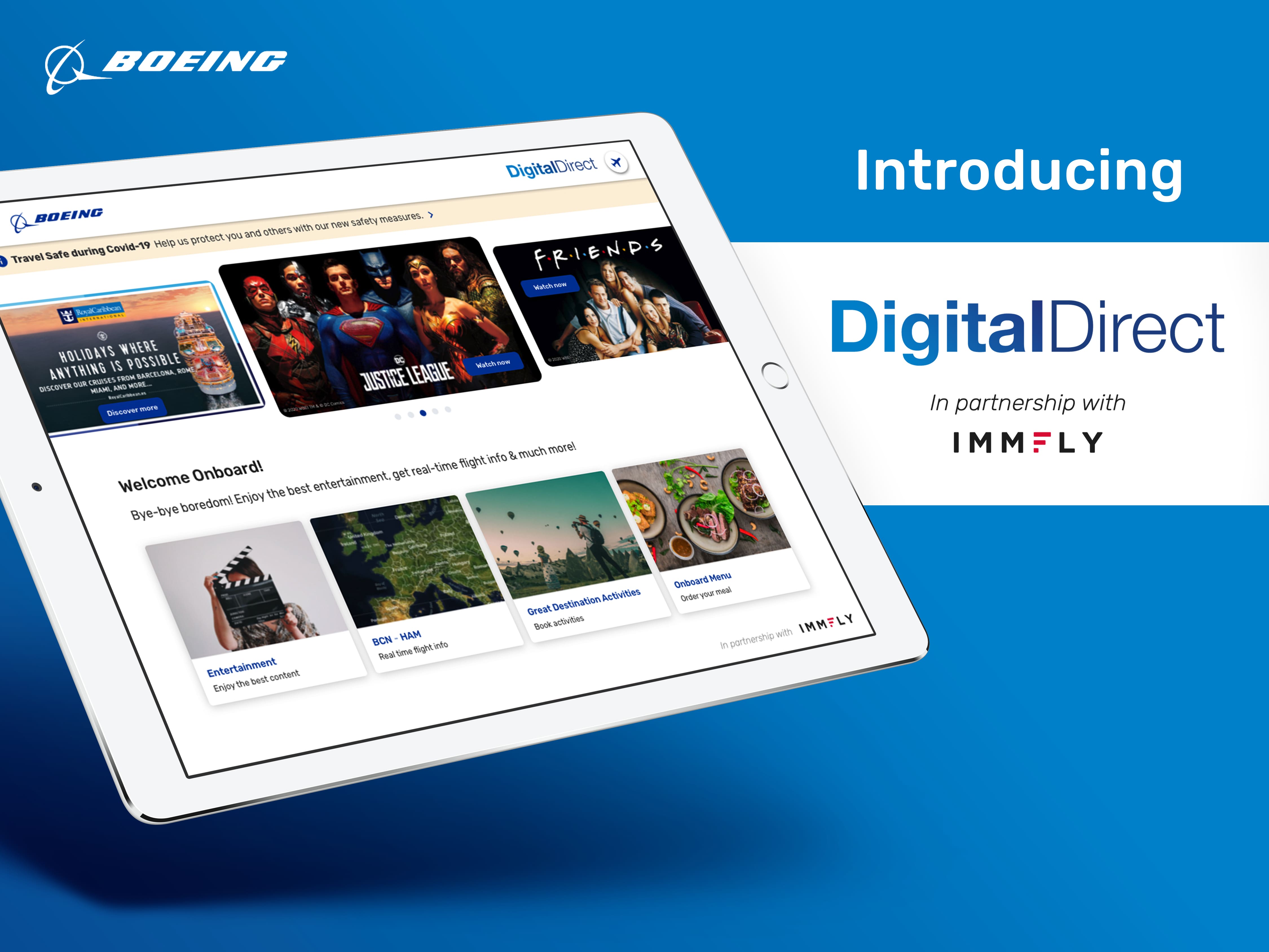 As inflight entertainment continues to evolve in the digital age, passengers are seeking options that will keep them entertained and provide relief from the stresses of travel, especially considering today’s global realities. To expand its digital reach, Boeing has teamed with industry leading technology company IMMFLY to introduce Boeing Digital Direct – a wireless inflight entertainment (wIFE) and digital services platform for airlines. 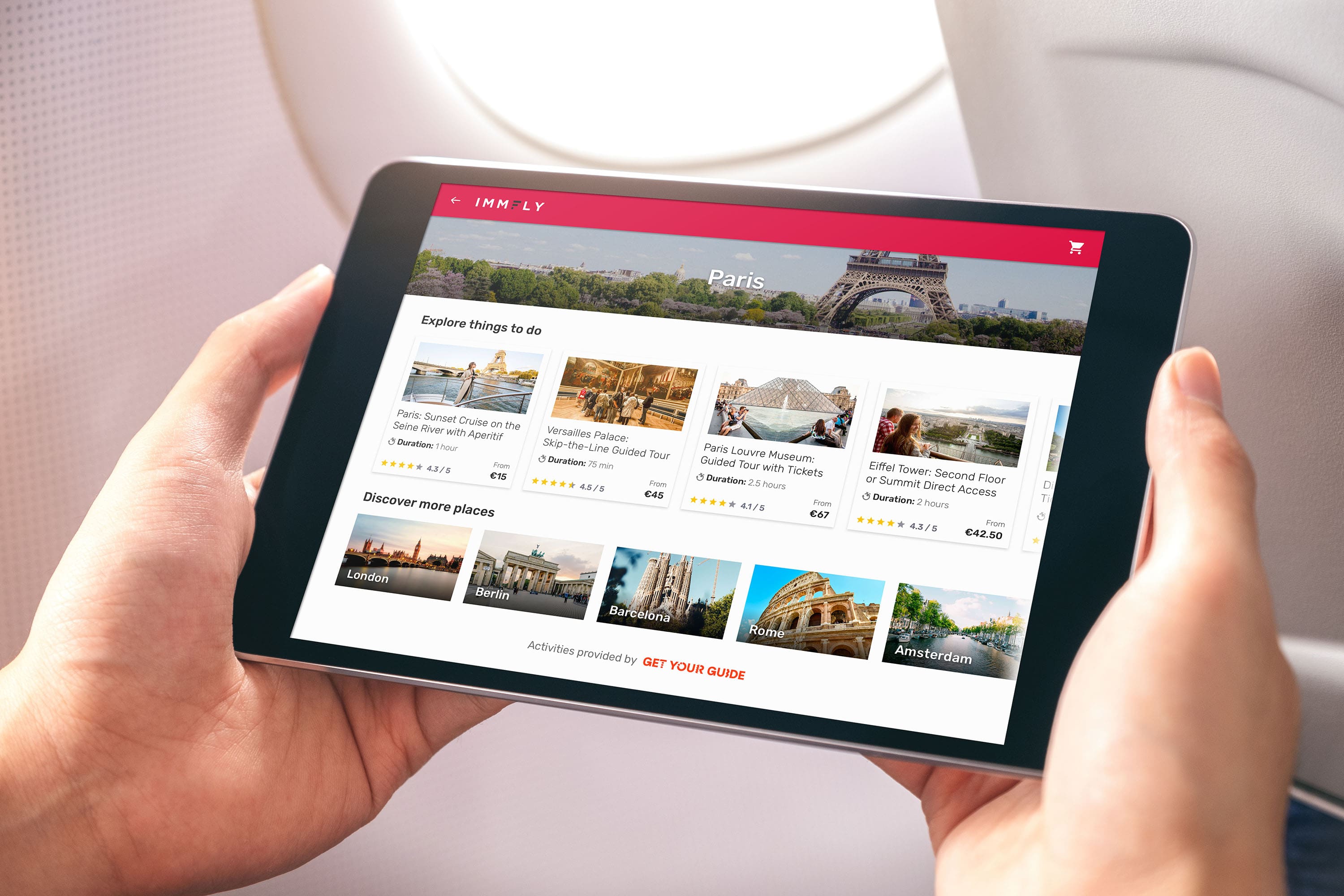 Immfly, an award-winning provider of Connected Digital Cabin Services and Best in Class IFE, today announces the launch of an industry-first onboard digital service developed in partnership with GetYourGuide, the booking platform for incredible travel experiences. 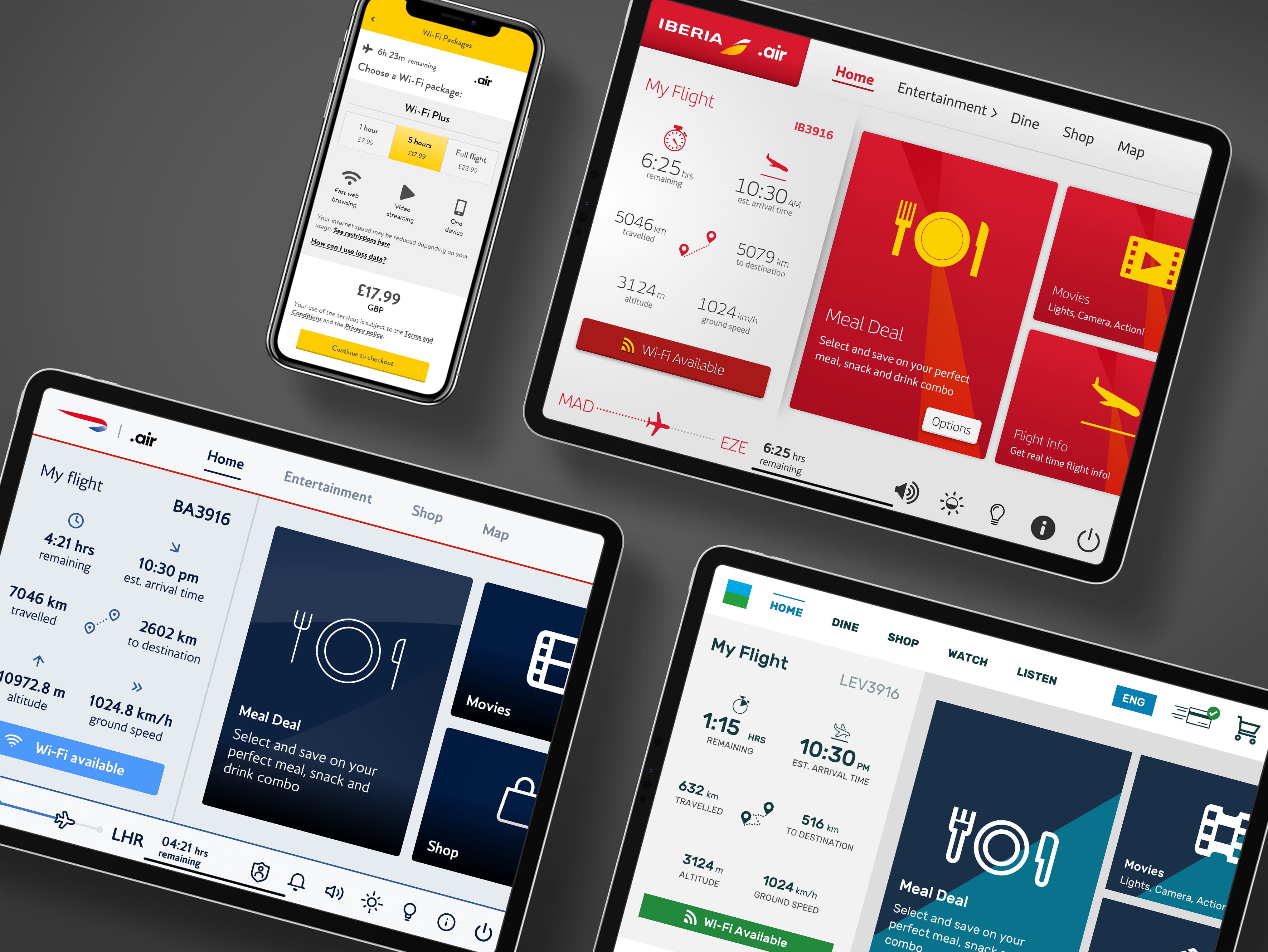 IAG selects Immfly for the maintenance and future development of ‘.air’, the universal inflight digital platform deployed across the fleet. Immfly’s advanced digital solution enables airlines to efficiently and remotely manage onboard digital products and services on all aircraft types. 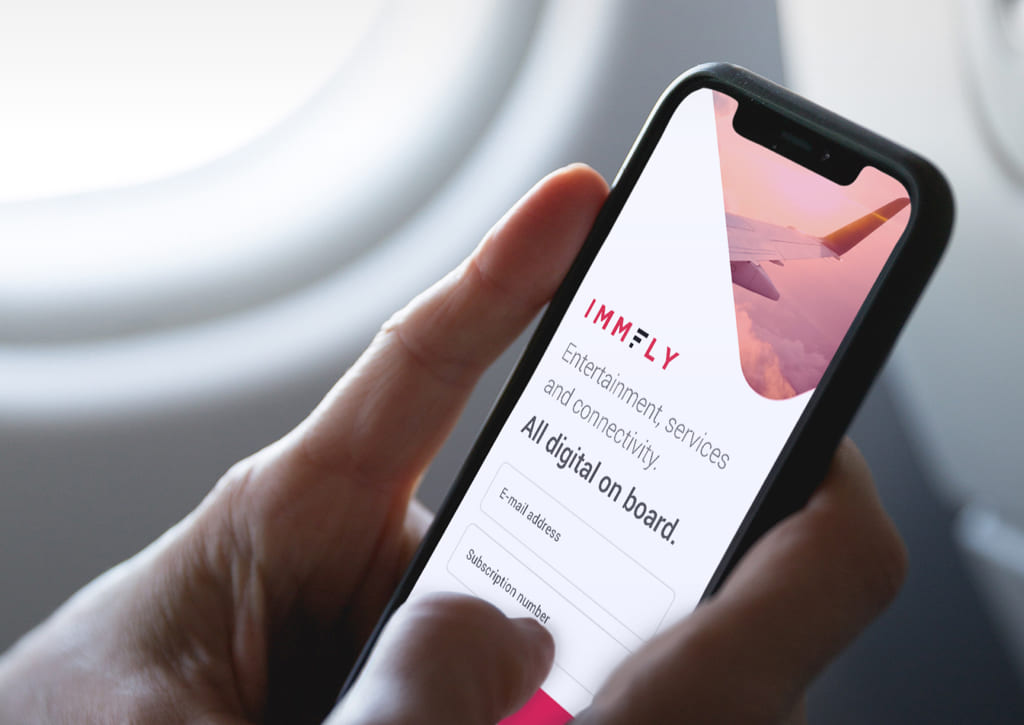 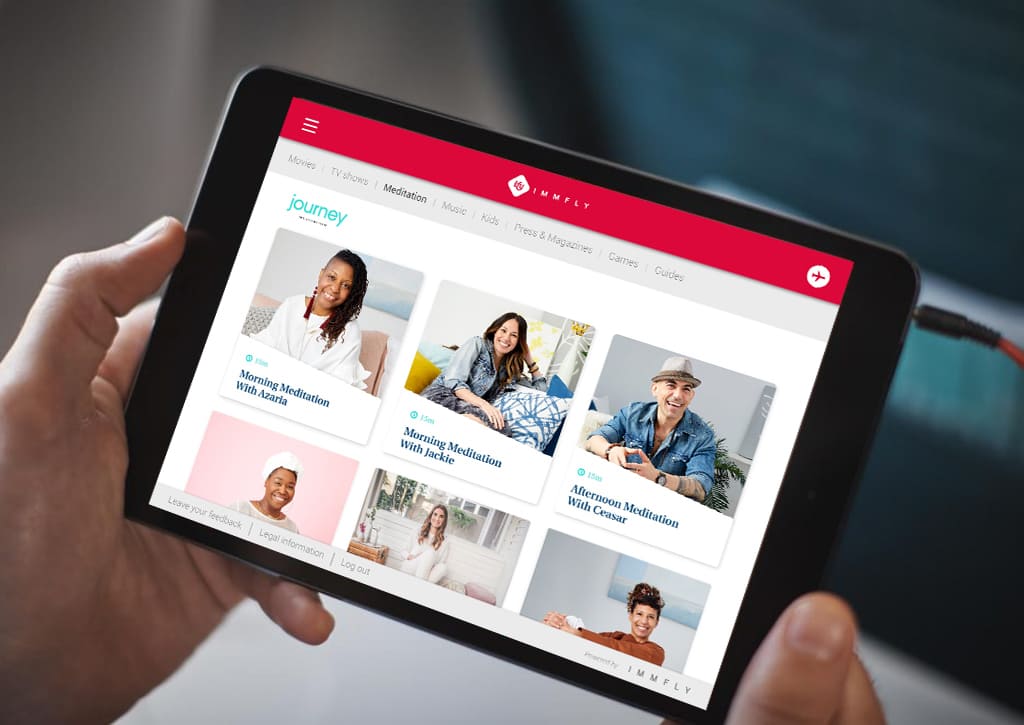 Journey Meditation and Immfly Invite You To A Happier, Healthier and Less Stressful World

Airplane travel can often be a hectic experience. It is quite common for people who travel to feel stress, anxiety or to just worry about what comes next. In short, travel days are loaded with obligations. These obligations result in obstacles to thinking and living in the present. 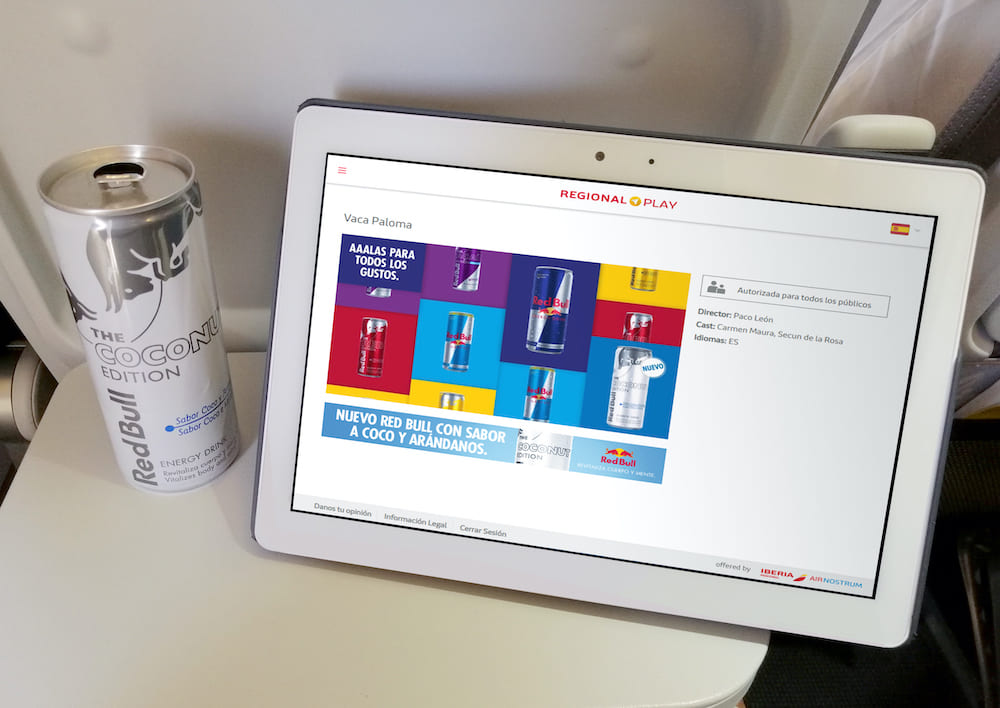 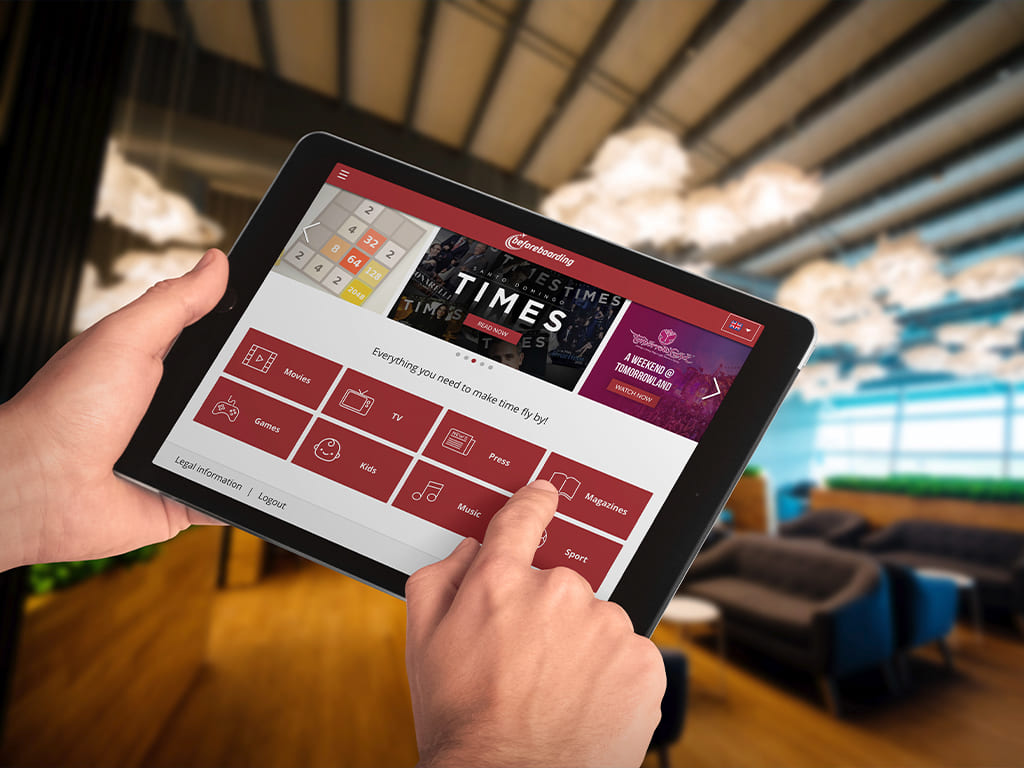 The Immfly Lounge service is part of a unique customer journey platform Immfly provides airports and airlines. It is designed to enable seamless extension of the customer experience end-to-end: from lounge, to gate, to inflight and post arrival. 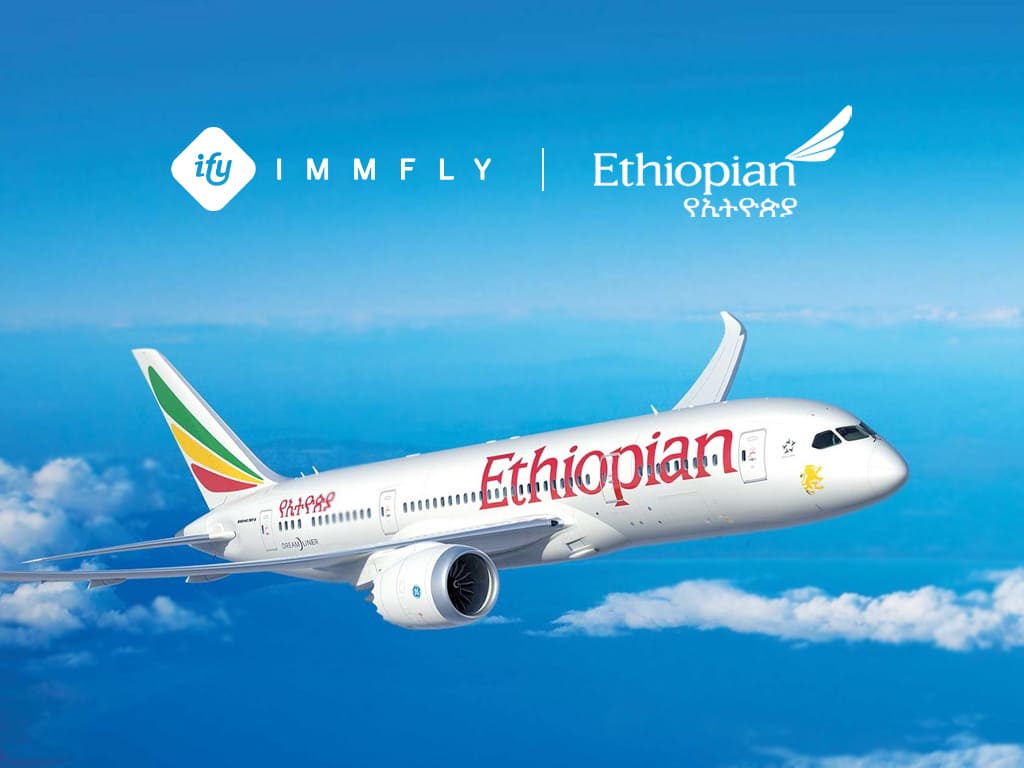 Ethiopian Airlines, the largest Aviation Group in Africa and SKYTRAX certified Four Star Global Airline, announced that it has established a new partnership with Immfly, an on-board digital transformation platform for in-flight e-commerce and on-board connectivity that enables airlines to digitally improve the passenger travel experience. 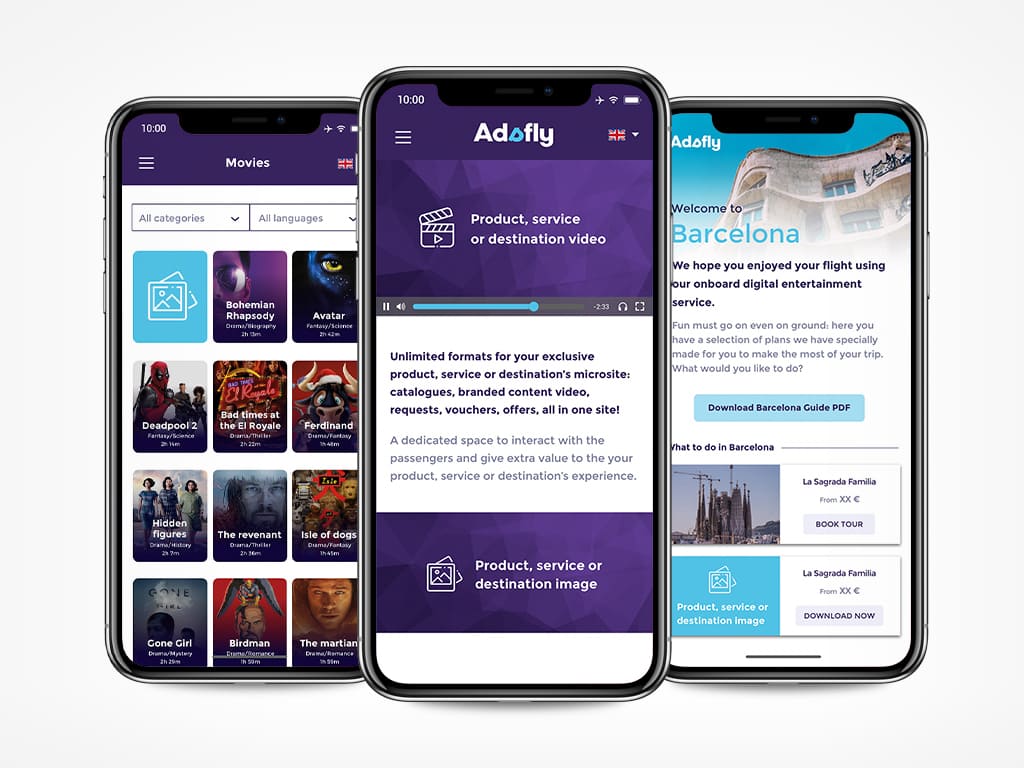 Following success in revenue generation from on-board branding and performance campaigns, Immfly launches a new media division providing a 360o solution focused on the airline industry. The sky is the new marketplace for brands. 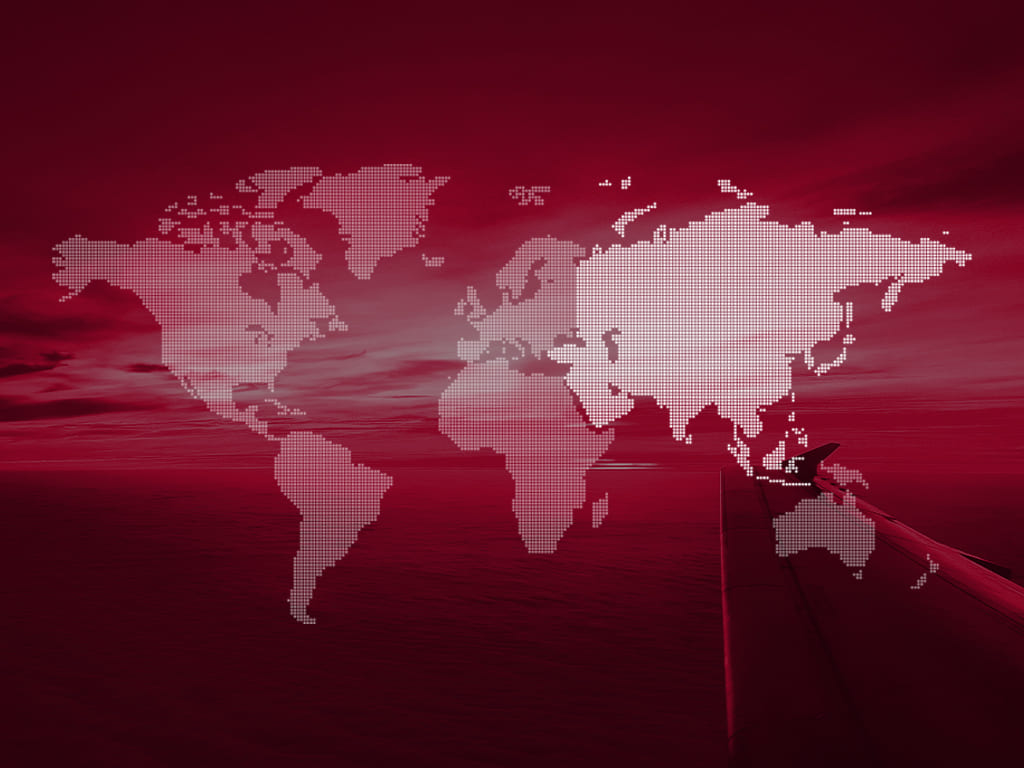 Immfly is expanding its operations into Asia

After collaborations with leading airlines including easyJet, IAG’s Iberia Express, Pegasus, Sun Express and many others, Immfly is expanding its operations into Asia.